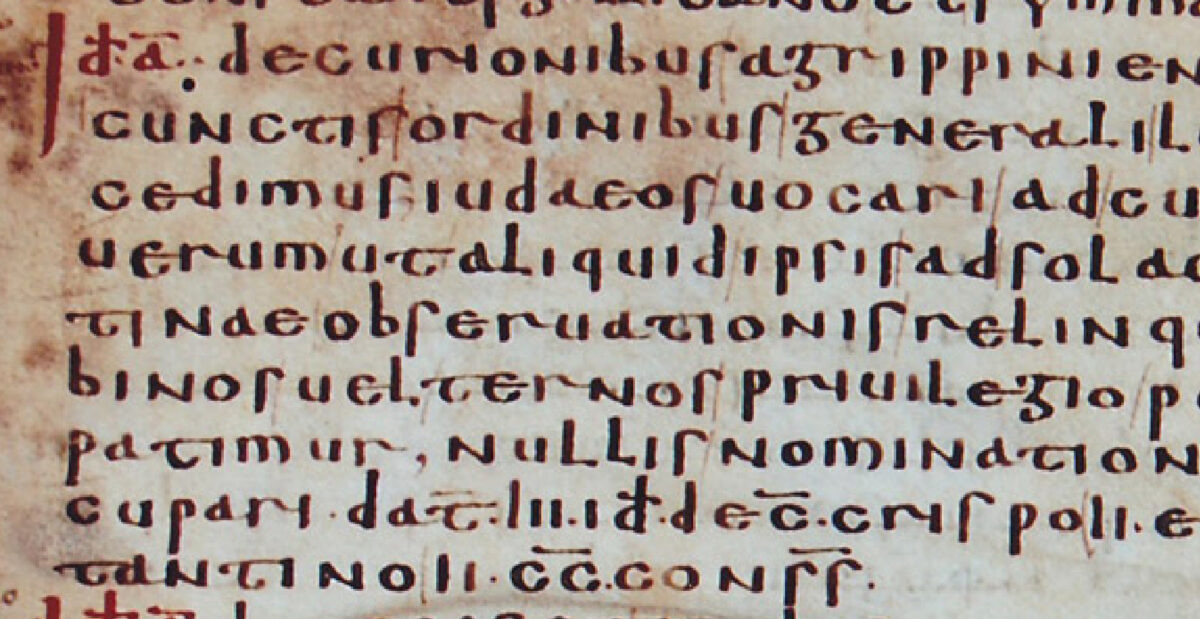 Vatican lends evidence of 1700 years of Jewish life to Cologne

Cologne, March 11, 2021: The Vatican has agreed to provide the Archdiocese of Cologne with the oldest written record of Jewish life in Germany for an exhibition: an early copy of the edict of Emperor Constantine from the year 321, in which the Roman emperor allowed city councils to include Jews in the city administration. The oldest surviving copy of this law is found in the Codex Theodosianus, a collection of writings from late antiquity, which is kept in the Vatican library. In response to a letter from Cardinal Woelki, Archbishop of Cologne, the library has now agreed to make the document available on loan.

It will be shown in the fall in an exhibition jointly curated by MiQua. LVR Jewish Museum in the Archaeological Quarter (MiQua) and Kolumba. This will be on view for one year starting in September at Kolumba, the art museum of the Archdiocese of Cologne, as part of the German-Jewish Year of Celebration #2021JLID. On the basis of top-class exhibits from Germany and abroad, topics, developments and turning points in the 1700 years of Jewish history and culture will be outlined. The Edict of Emperor Constantine will be on display for one month as part of this exhibition. The exact dates are still to be determined. We will provide information on our website on the topic page “Edict”: https://2021jlid.de/edikt/

“We were delighted by the great gesture made by the Vatican and its trust in lending this valuable document. It shows us the solidarity of the churches with Judaism, which I have also already experienced when I had the chance to visit Pope Francis in October 2020 as part of the delegation with NRW Prime Minister Armin Laschet,” says Abraham Lehrer, chairman of the society’s general assembly and vice president of the Central Council of Jews, also in his capacity as a board member of the Cologne synagogue community. “The Jewish community is grateful to the Vatican and Pope Francis!”

This is also a special event for Milena Karabaic, head of Cultural Affairs at the Landschaftsverband Rheinland: “For the LVR, the Decree of Constantine is the key object and the most important source document not only for the festival year, but also for our future museum and for our research on Jewish history and culture. Together with the office of the Archbishop and our partner for the exhibition, Kolumba, we made intensive preliminary efforts to obtain the loan of this object of world historical significance and are extremely pleased with the generous gesture of the Vatican library. In the context of other international loans, the decree will have a very special effect in the Kolumba’s wonderful exhibition spaces.”

“The response to our society’s project to create spaces for encounters and to trace Jewish life with all its facets in the present is overwhelming, not just in Germany but Europe-wide! Moreover, the Vatican has displayed a great sign of religious solidarity with this loan,” says Dr. Matthias Schreiber, Chairman of the Society 321.